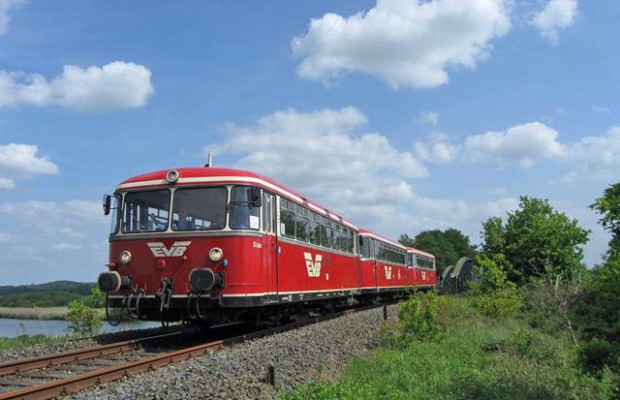 The Teufelsmoor near Bremen can be discovered in many different ways

A seemingly endless landscape, crossed by rivers and canals: the picturesque Teufelsmoor northeast of Bremen has always had a very special charm. “No miracle that artists settled in Worpswede and brought the singular culture landscape to canvas and paper , mean Beate fox, Reiseexpertin with the consumer portal Ratgeberzentrale.de. Today, the Teufelsmoor can be discovered in many different ways – for example with the Moor Express and on a bicycle. All information in addition gives it with the tourism agency devil moor Worpswede Unterweser under http://www.teufelsmoor.de.

The bike rides with the Moorexpress

The summer season of the Moor Express rides on one of the most scenic railway lines in Lower Saxony begins on 1 May. Until the beginning of October, the distinctive red wagons are on their way on Saturdays, Sundays and public holidays on the 99 kilometres of track between Bremen, Teufelsmoor and Stade. The route has existed for over 100 years. During the journey, you can borrow an audio guide on the train to hear stories about the moor and insider tips for excursions along the route. Thanks to a wheel trailer, the Moorexpress also carries the bikes of visitors to the Devil’s Moor. The Moorexpress has 90 seats and 25 bicycle places – a reservation in good time is recommended.

Visitors to the Devil’s Moor can therefore easily combine a ride on the Moorexpress with extensive cycling tours. The varied cycle path “Weites Land”, for example, connects the lively life of the Hanseatic city of Bremen with the rural idyll of the Teufelsmoor on 140 kilometres. Other supra-regional cycle routes and long-distance cycle paths cross the Teufelsmoor – such as the Wümme cycle path or the 450-kilometre tour “From the Teufelsmoor to the Wadden Sea”.

Through the Devil’s Moor on a peat barge

Even more leisurely, you can take the peat barge through the Teufelsmoor. Until the beginning of the 20th century, oak boats with brown sails were the only means of transport in the region. The peat farmers staked, towed and often sailed for several days to Bremen, where they sold their peat bales as heating material. Today you can discover the waterways of the Teufelsmoors on faithful replicas.

Stop for a bite to eat at Melkhus

(djd). Refined milk shakes, quark dishes or special ice-cream creations – all this can be tried in the Melkhüs in the Teufelsmoor, along with other regional milk specialities. The striking dark green houses with red roofs open their counters daily from May to September for cyclists and excursionists. All products are made from healthy milk from our own farm. The red cycle path sign with the green and white Melkhus logo points the way to the next Melkhus. More information is available at the tourist information for Worpswede and the Teufelsmoor under telephone 04792 – 935820 or under http://www.teufelsmoor.de.