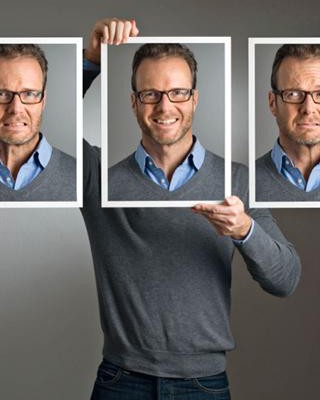 (djd). “Eating and drinking keeps body and soul together” – how sour does this proverb have to make people who have to forego numerous culinary delights because of heartburn? Around 15 to 20 percent of all Germans are likely to be chronically affected. The cause is usually a weakness of the lower esophageal sphincter so that acidic gastric juice flows back into the esophagus (reflux). In addition to heartburn, this often triggers a very unpleasant backflow of liquids or food into the throat or mouth; many people affected also suffer from insomnia due to these symptoms. The therapy of first choice for reflux are acid blockers, so-called proton pump inhibitors (PPIs), which in many cases show good results.

What to do if heartburn persists

As the so-called LOPA study on almost 300 patients from 16 German general practitioners’ practices shows, every third patient still has heartburn despite the acid blockers. If this reflux of corrosive stomach contents persists, it can lead to changes in the sensitive esophageal mucosa – in the worst case up to cancer. For some of those affected, surgery may then be considered. In the classic, so-called fundoplication, part of the stomach is sewn around the lower esophageal sphincter like a cuff. The procedure changes the anatomy irrevocably, and according to Dr. Henning G. Schulz, chief physician in general surgery at the Evangelical Hospital Castrop-Rauxel, found persistent swallowing disorders in up to ten percent of patients.

Pacemaker instead of traditional surgery

The physician from the Ruhr area has therefore been using an innovative pacemaker against stubborn reflux for two years: “In 90 percent of my patients, ‘EndoStim’ is successful, 77 percent do not need any PPIs at all, 14 percent were able to reduce the dose to a quarter”, so Dr. Schulz. The pacemaker works directly on the cause of the reflux, the weakened esophageal sphincter. Two electrodes are attached to the lower esophageal sphincter by laparoscopy and connected to the pacemaker.

The pacemaker then sends electrical impulses to strengthen the sphincter muscle. The reflux can decrease significantly or come to a standstill. The programming is carried out externally, individually adapted to the needs of the patient, for example to trigger the impulses only in case of nocturnal heartburn. In addition, according to Dr. Schulz, there are hardly any side effects, the patients usually recover from the procedure very quickly. If necessary, the intervention can be reversed at any time. The procedure has now been used on more than 180 patients worldwide, 70 of whom were treated in twelve hospitals in Germany.

Many patients with chronic heartburn only find adequate help after a long period of suffering. An interdisciplinary collaboration between general practitioners, gastrointestinal specialists, surgeons and nutritionists is, in the opinion of Professor Dr. Joachim Labenz, gastrointestinal specialist from Siegen, is urgently needed. “In order to be able to coordinate this management optimally, we founded the Siegerland Reflux Center in December 2014,” reports the doctor.