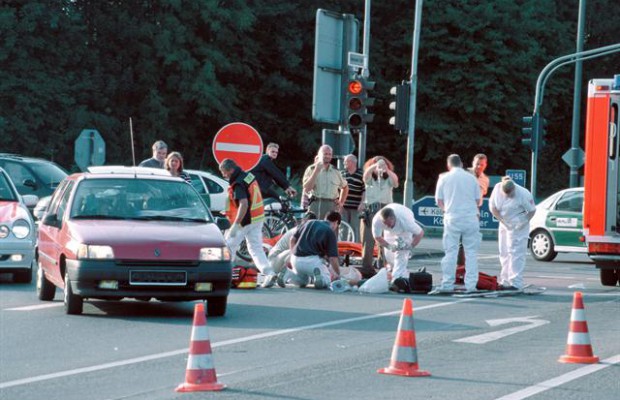 Survey: 43 percent of senior citizens have not attended a course since obtaining their driving licence

When there has been a crash on the streets and there are injured people, first aid is not only a moral but also a legal duty. The quicker and more targeted help is provided, the sooner the health consequences of the accident can be reduced before the emergency services arrive. However, many first responders are afraid to behave in the wrong way. The main reason: the last first aid course was long, long ago for most drivers.

According to a recent forsa survey commissioned by the German Road Safety Council (DVR), 40 percent of German drivers have not attended a first-aid course since passing their driving test, and 43 percent of those over 60 have. The logical consequence: For almost half of the senior citizens, the last first aid course was several decades ago.

Jacqueline Lacroix, head of the traffic medicine department at the DVR: “Older drivers in particular should therefore undergo regular further training: A first-aid refresher course is all the more important if the driver’s license was acquired some time ago”. This makes sense in order to be able to help quickly and correctly in an emergency. Above all, everyone must be aware that in an emergency he himself can be dependent on the first life-saving measures of other road users.

According to a study by the ADAC and the Red Cross, 46 percent of motorists would still know how to stabilize an injured person in the lateral position, and a little less could help with respiratory arrest. But only one in five would be able to do the life-saving resuscitation correctly. “Jacqueline Lacroix therefore describes the dilemma surrounding first aid on Germany’s roads as follows: “Much readiness for action, but little expertise.

(djd). Many training opportunities for motorists are little known – this was the result of an earlier forsa survey commissioned by the German Road Safety Council (DVR). For example, 26 percent of those surveyed did not know of any offers to improve their own driving skills. “Lifelong learning has become a matter of course in so many areas – drivers too should therefore regularly attend seminars or training courses,” says Jacqueline Lacroix, head of the traffic medicine department at the German Road Safety Council (DVR). This is especially true if the driver’s license was acquired several years ago. The Bundesarbeitsgemeinschaft für Erste Hilfe is an umbrella organisation of several large aid organisations alongside other providers of first aid courses.